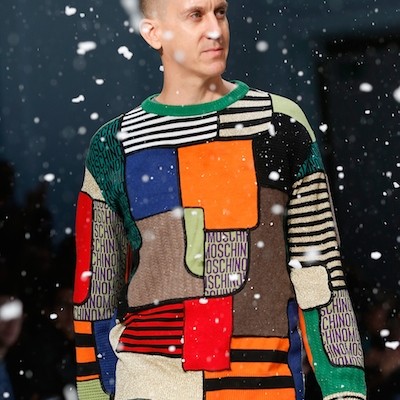 Moschino: The Italian Luxury Fashion House Is Opening Up A Store In NYC’s Soho Neighborhood It was just announced that Italian luxury fashion house Moschino will open a new store in the Soho section of NYC, at 73 Wooster Street. The store is set to open this spring 2015.

Moschino‘s creative director Jeremy Scott formed the store’s new retail concept. It is reportedly similar to the store that was recently opened on Beverly Boulevard in West Hollywood, CA.

Moschino‘s L.A. boutique sells ready-to-wear — 70 percent women’s, 30 percent men’s — and Moschino‘s signature accessories, including bags, shoes, scarves, plus phone and camera cases. Scott‘s first fragrance for the brand, in addition to a various selection of other Moschino scents, is available at the new store.

Alessandro Varisco, chief executive officer of Aeffe SpA, which owns Moschino, told WWD last month that Scott has directed the brand’s overhaul strategy in the marketplace, and it’s paying off.

“Five years ago when I joined Moschino, it was a good brand, but we have completely revised the strategy with Jeremy, who seemed to be only a dream for us five years ago. He has the same DNA of [house founder] Franco Moschino in that he is an excellent designer and communicator,” Varisco told WWD last month.

Moschino also plans to revamp its 13 directly operated stores and 150 franchise shop-in-shop locations at Selfridges, Colette, 10 Corso Como and Opening Ceremony. Scott is also slated to launch a new Moschino location in Milan in May.