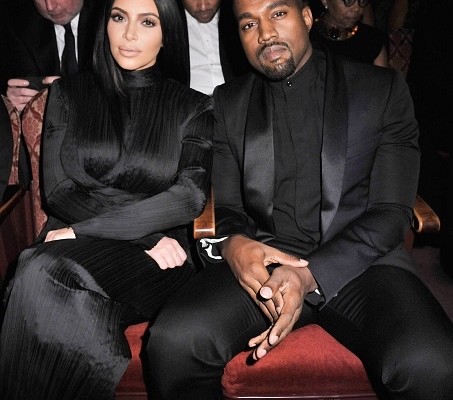 Dash alongside with Jay-Z signed West to Roc-A-Fella Records in the early 2000’s.

For the occasion, the married couple matched in all-black Balmain ensembles.

I love the all-black look and it was good for the occasion, however, I think Kanye‘s look was a bit off. His jacket a too big and his pants were tight, which threw the look off a little. Kim slayed in her floor length gown.