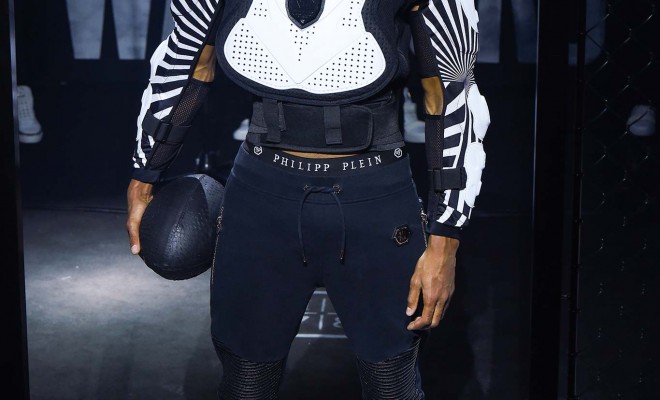 We’ve just spied him walking the runway at the Philipp Plein Fall 2015 Menswear Show. The show and collection featured a sports-to-streetwear themed. The models emerged from the mouth of a giant tiger’s head and they circled a caged boxing ring in which two males duked it out.

At the show, all that crocodile and python were real. While backstage, Plein said that the croc football shirt is about $34,000 and the python jerseys, $40,000. He got his first start and was scouted when he was on a bus in Croydon on his way home from school and he bumped into Ash Stymest. Stymest gave him his card for his agency and told him to give him a call. Just over a year after being scouted, O’shea signed to Select Model Management in London.