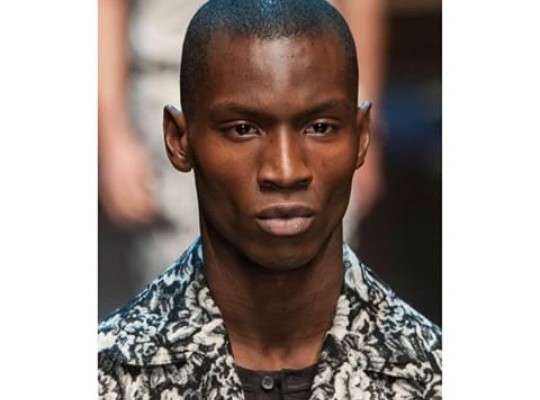 Adonis at the Dolce & Gabbana show

In his latest sighting, the Canadian model walked at the Dolce & Gabbana and Casely-Hayford Fall 2015 Menswear Shows.

At Domenico Dolce and Stefano Gabbana‘s Dolce & Gabbana show, “Rather than anything new, there was instead the reassurance of the familiar: a three-piece suit in black brocade, some artfully distressed denim, an embroidered sweatshirt, a graphic tee. There was comfort, too, in tweeds, jersey pants, pajamas, lounge suits, rubber Wellington boots, and shoes that looked like a sophisticated take on pony-skin clogs,” according to Style.com.

As far as the Casely-Hayford show, Joe and Charlie said their collection was about outsiders-runways, specifically.

According to Styles.com, “The Casely-Hayford taste level is simply far too cultured for anarchy. Sure, the last look starred a lovely ivory-lined fuchsia overcoat as the climax to a fleeting but delicious pink-tinted section. And there was a little edginess in the mohair-jersey-blend sweatshirts that featured overlong arms. There was also a great deal of layering—using fleece for Navajo-print sweats seemed quite bold—and one brown-pink-white-scarlet brushstroke-print parka had a dramatically oversize hood. This, though, was at most a gentle cage-rattling of the male codes: certainly not a storming of the barricades.”

“Those trousers, hemmed a little high, with unusual room at the thigh and a judicious narrowing at the calf, were delicately disjunctive. The four-buttoned double-breasted jackets were narrow-revered and worth revering. Flashes of orange drawn from that time-honored trope, the MA1’s horrid lining, only served to make the delicate fade on gray and white checks more soothing. For the finale, every model wore their look under long hoodies, which did give them a vaguely disconcerting mien.” Adonis at the Casely-Hayford show