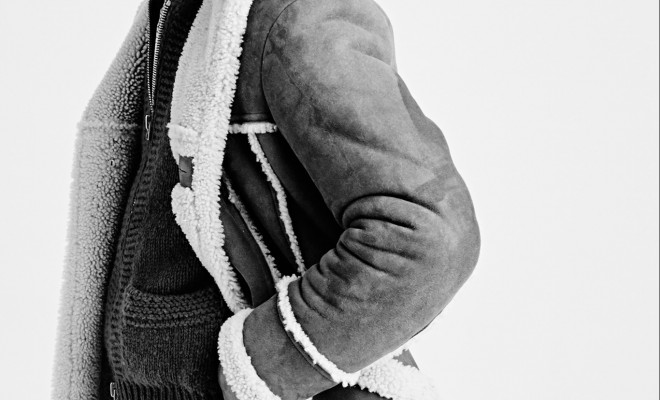 According to Style.com “Tom Ford wears two hats: designer and director. Today he managed to fit them both on his head at the same time by staging a lean, mean, ’60s-styled menswear moment under the unblinking glare of two klieg lights that would have done any soundstage proud. Ford claimed that what we were seeing was a tight edit, “only the things that are most directional,” and the presentation moved at an amphetaminized pace that suited the narrow silhouette, white shirts and black ties, Crombies, duffels, and other wardrobe staples of a young urban blade. In fact, the boys could have stepped straight out of the pages of Goodbye Baby & Amen,Ford’s friend David Bailey’s classic paean to London at its mid-’60s cool-to-coldest.”

“The attitude skewed younger than before, as young as all-American denim drainpipes, and the collection was all the more vibe-tastic because of it. His velvet jackets, for instance—luscious signature pieces—were reconfigured in op art monochrome. Ford stated that reinventing eveningwear is a real challenge for him. Sexy and severe felt like a desirable design direction. Two hats, one head.”