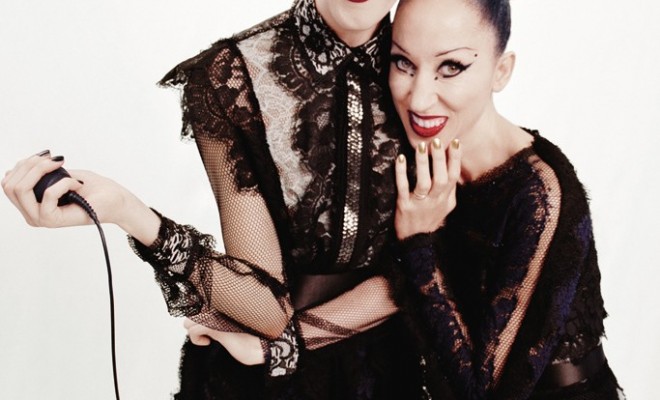 Keeping It In The Family: Lanvin’s Spring 2015 Campaign Anna Cleveland with Pat Cleveland in the Lanvin spring campaign.

Lanvin‘s Spring 2015 campaign has just been released. For the ad, the house kept it family oriented.

The menswear campaign features siblings Callum and Haydn Rockall, and DJ partners Joshua Quinton and Andy Bradin, among others.

“I like that the campaign doesn’t only have images, it has a story,” said Lanvin creative director Alber Elbaz. “Every time we do a family shoot, it feels like we’re going to their place: We feel like visitors.”

Women’s Wear Daily reports, “The women’s campaign will break in March fashion magazines, while the men’s images will be seen first in L’Uomo Vogue in January. The print ads will be complemented by a video released mid-February on Lanvin.com and all the Lanvin social media platforms.”