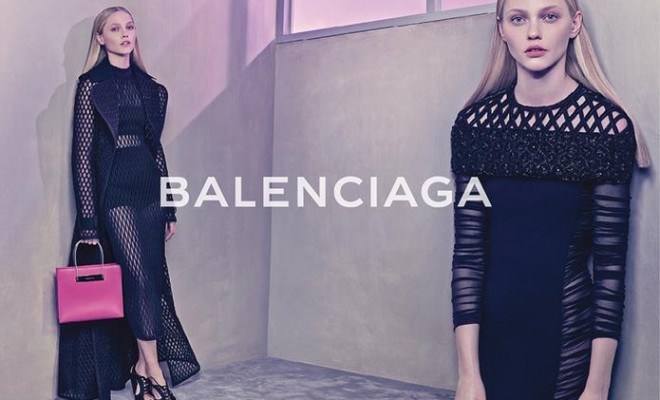 In the Steven Klein photographed shoot, Pivovarova wears black, pink and lavender looks from the brand.

“We chose Sasha for the campaign because there’s something restrained and regal about her, yet she brings a subtle, sultry quality to the image,” said Wang. “I wanted to play with ‘multiple Sashas’ and show different facets of her character and different threads of the collection in each image.”