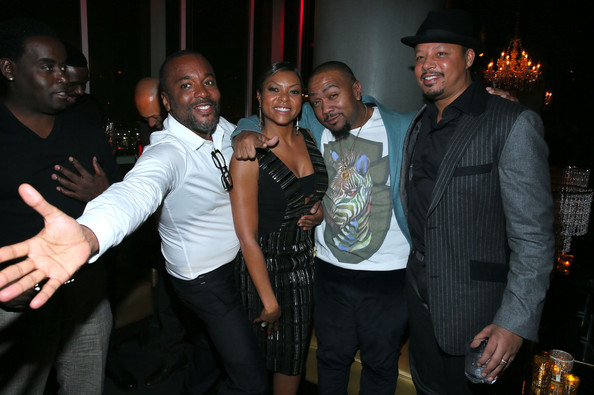 Taraji P. Henson plays Lucious’ wife Cookie who is also his former business partner. She went to jail for dealing drugs and once she’s out, she wants what’s hers. Terrance Howard plays the main character, Lucious Lyon. He’s a charismatic, savvy music superstar who is about to take his company, Empire Entertainment. Malik Yoba will play Locious longtime friend Vernon Turner. He is the chairman of the board of Empire Entertainment. Gabourey Sidibe will play Becky, Luscious assistant.

Naomi Campbell has a major recurring role in the Hip-Hop drama. The British beauty will play the role of Camilla, an alluring woman involved in a steamy affair with the much-younger Hakeem (newcomer Bryshere Gray), the potential heir to Lucious‘ throne. Tasha exercises considerable influence over Hakeem.

Some promo shots were posted here. A trailer for the Hip-Hop drama has been released here. The minute long trailer opens with Lucious (Terrance Howard) sharing his life story, before it’s revealed that he is suffering a crippling disease that could change his life in a matter of a few years. “It was the music that saved my life,” he says, before the powerful music mogul tells his adult kids to “man up” and take charge of his empire. As for Cookie Lyon (Taraji P. Henson), she barges in saying, “don’t forget me, baby. I want half my company back!”