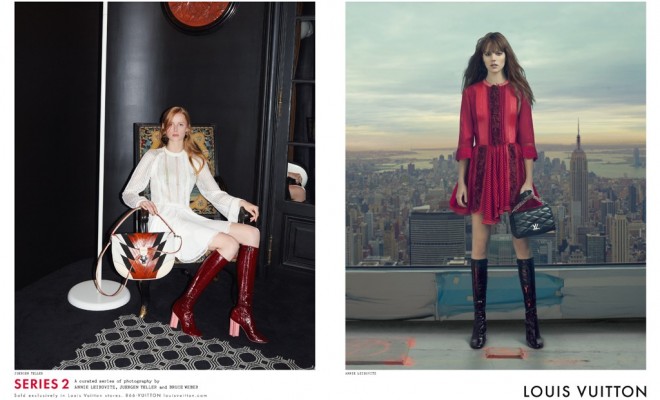 “Under the title “Series 2,” the spreads often mingle images by different photographers, suggesting that fashion is an elastic subject, with each collection open to various interpretations. Ghesquière has said the triple-header campaigns are to address the “many facets of women.” His “Series 1” campaign won a British Fashion Award for best advertising campaign.”