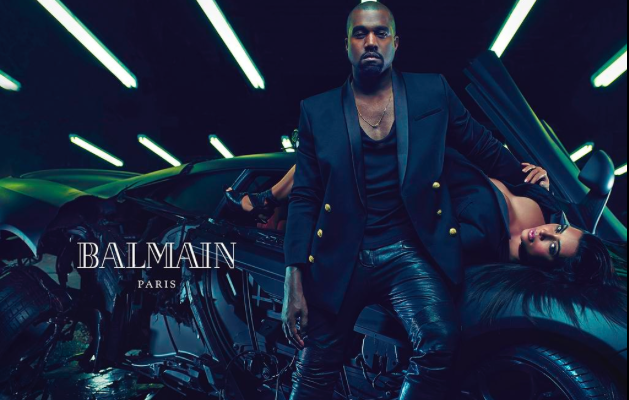 In a statement about the campaign, Creative Director Olivier Rousteing said: “For this Menswear campaign, I wanted to capture a moment of love. Kim and Kanye are style icons and friends. It is an honour to have them in this Balmain campaign. Together, they represent love, beauty and diversity — they are the new modernity. This is more than a campaign, it expresses something beyond clothes — it is a celebration of love and friendship. This is a new statement for Balmain“.

Kanye and Kim are now officially a part of the Balmain Army. They now join the likes of Rihanna, Cara Delevingne, Jourdan Dunn, and Joan Smalls.