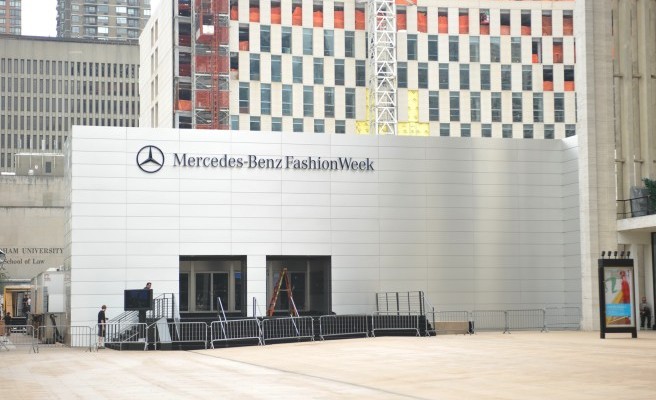 After the upcoming shows in February, New York Fashion Week at Lincoln Center will have to find a new home. The contract that was supposed to keep the fashion event at Lincoln Center until 2020 will not be renewed. It is being reported that the extravaganza will relocate across the town to Hudson Yards.

Below is what BusinessOfFashion reported:

“According to the settlement, the event will be prevented from renewing its contract with Lincoln Center, which would have allowed Fashion Week to use the venue until 2020. The decision follows claims from New York City Parks Advocates that the event organisers set up tents and equipment which damaged the environment in Damrosch Park.

According to the Parks Advocates, the city afforded Lincoln Center unlimited access to the neighbouring public park with no limitation on the number of events it could stage there. In 2013, the group and other park advocates sued the New York Fashion Week organisers in a bid to restore the park and return it to public use.

The court documents, filed on December 12, state that the event organiser, IMG Fashion Week, has violated the city charter by using Lincoln Center for non-park purposes. “The City and LCPA [Lincoln Center Performing Arts] intend to further expand public access to the Park by not entering into agreements for commercial events [similar to] Fashion Week,” read the settlement.