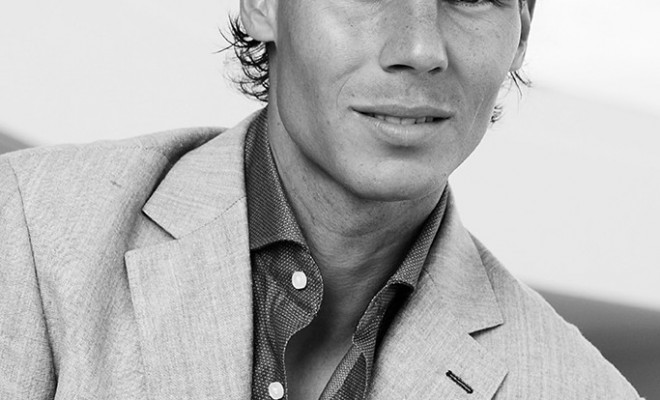 Rafael Nadal Has Been Tapped By Tommy Hilfiger The 28-year-old tennis star has signed a two-year agreement with Hilfiger for a reported $3 million to $4 million (Hilfiger officials declined comment). Nadal will be photographed in Spain early next year and will appear in the fall underwear and tailored clothing as campaigns.

The ads will run in print, online and on billboards worldwide and will be created by Laird & Partners. Nadal is also scheduled to attend exclusive Hilfiger launch events in North America, Europe and Asia.

“Rafael Nadal has been a longtime personal friend and supporter of our brand, and I’m continuously inspired by his dedication and passion for his sport,” Hilfiger said.

“We believe the underwear business can be a huge business for us,” said Hilfiger, noting that the business has been underdeveloped at the company. Hilfiger has a strong tailored clothing business, both in the U.S. and Europe, he said. “We want to take it to a new level with performance fabrics, slimmer suits and more sophisticated tailoring. We’ve become very serious about the tailored clothing business,” said the designer.

“I’ve always admired Tommy Hilfiger’s cool, all-American designs which are sophisticated and easy to wear, and I’m excited to be partnering with the brand,” Nadal said.