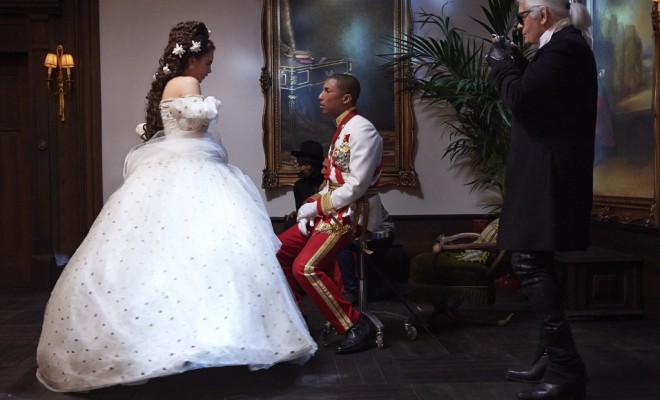 In the film, Williams composed an original ditty — “CC the World” — and sings it with Delevingne.

Women’s Wear Daily reports ‘”Reincarnation‘ reenacts a key episode in Gabrielle Chanel’s colorful life: While vacationing at an Austrian resort in 1954, the designer becomes enamored by the jacket worn by the hotel’s elevator operator, portrayed by Williams with his captivating, Sphinx-like gaze. That style, with contrasting trim and pockets, would go on to become the Chanel jacket, a fashion icon that has endured and whose identifiable features Chanel protects vigorously.”

See the film below: