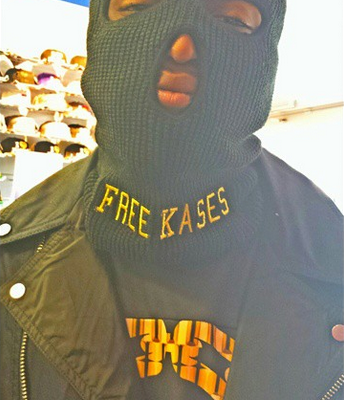 Last night Saturday (October 18), my little brother, @DollahThaRapper filmed the official visual to his upcoming single, “Yung Hittas” in NYC. Half of the visual was filmed in the streets of the Bronx, while the other half was filmed at a warehouse in Brooklyn.

The street anthem will appear on DollahThaRapper‘s upcoming project, which we plan to announce soon.

The audio to the single will drop later this week, while the official visual will impact the Interwebs in the coming weeks.

In the visual, DollarThaRapper layered a H&M biker jacket over a Crook & Castles Tee-Shirt with denim jeans.

Disclaimer: These pics and the upcoming visual are for promotional used only. None of the weapons are real!