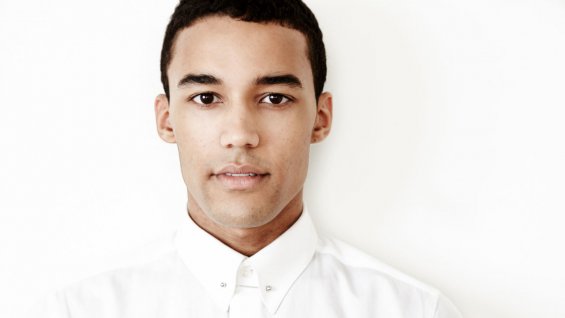 When it comes to Hollywood, nothing makes me happier than seeing a rising actor showcasing his talents. Almost a year after it was first put in development, HBO is finally moving forward with Steve McQueen‘s drama pilot, Codes Of Conducts.

Rising actor Devon Terrell has been tapped to star in the pilot. Terrell was born in Long Beach, Calif., and raised in Perth, Australia. He studied drama at Edith Cowan University. The Aussie was accepted into Australia‘s prestigious National Institute of Dramatic Art in 2011, and has been developing his craft since.

The Oscar-winner’s new project “is described as a provocative exploration of a young African-American man’s experience entering New York high society, with a past that may not be what it seems,” according to The Hollywood Reporter.

“Terrell will star as Beverly Snow, a young man from Queens who is as talented as he is ambiguous. His self-confidence enables him to break into the social circles of Manhattan’s elite, testing the boundaries of access and social mobility. Throughout the series, Beverly’s ability will grant him access to a life larger in every way than the one to which he was born. His chameleon-like approach to life will test his nerve as he takes his future into his own hands.”

“McQueen (12 Years a Slave) co-wrote the pilot script alongside World War Z‘s Matthew Michael Carnahan. Both will exec produce alongside See-Saw Films‘ Iain Canning and Emile Sherman (The King‘s Speech, Top of the Lake) and Russell Simmons, via the latter’s overall deal with HBO. McQueen will direct the pilot, which is McQueen‘s first foray into television.”

“I needed to find an extraordinary actor,” McQueen said of casting the lead. “Although you’re trying to find something you recognize, it’s more about finding something you’re surprised by. Devon had this quality. It was no easy task casting the character of Beverly Snow and, with the help of HBO, we left no stone unturned. This was a 10-month intense process in which we came across many talented actors, but only one Beverly.”