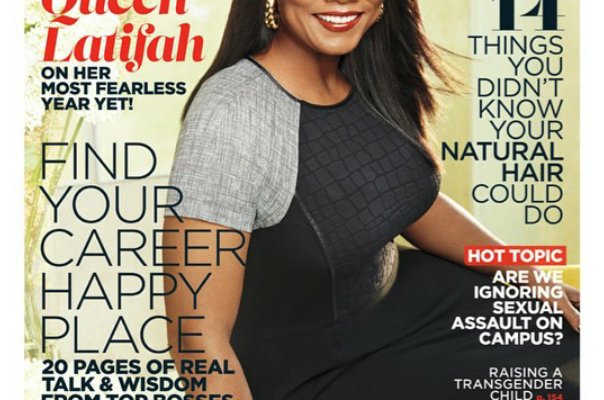 I am so glad to be from Dirty Jerz! The state where stars are found and legends are made — Queen Latifah, Whitney Houston, Lauryn Hill & The Fugees, Frank Sinatra, Dionne Warwick, The Jonas Brothers, Akon, Naughty By Nature, Victor Cruz and Kyrie Irving.

The 44-year-old talent has accomplishment a lot of things including a successful music career, television producer, actress, model, daytime television host and production/media mogul. Latifah has also won many awards including a Grammy, Golden Globe, Screen Actors Guild Image and Oscar nomination. If I can accomplish a third of what Latifah accomplished, I would be more than happy.

Below are some highlights from Essence:

How does she juggle so many careers and still find happiness? “I’m one of those people who has to stretch,” she tells Essence writer Audrey Edwards, “or I get bored—and I’m easily bored.”

Currently keeping Latifah busy is a partnership with BET to produce original programming at the Centric channel through her ever-evolving entertainment company, Flavor Unit. The channel will reprise the hit series Living Single as well as The Queen Latifah Show for starters, but Latifah is most excited about creating and developing new programming for Black women.

The 44-year-old will also portray 1920’s Blues singer Bessie Smith in an upcoming HBO biopic. “She influenced rock and roll, with an effect on everybody from Mick Jagger to Janis Joplin,” she explains. “She was the first Black performer to appear before an integrated audience. She chased away Ku Klux Klansmen when they tried to to set fire to a tent where she was performing.”

And, of course, there’s her main gig as a daytime TV talk show host. Now in its second season, Queen Latifah says she will now take the show in new and exciting directions—so stay tuned! She is happy with its successful ratings and how the community has embraced it, but she wants more from it: “I want it to be a hit on my terms.” Spoken like a true boss!