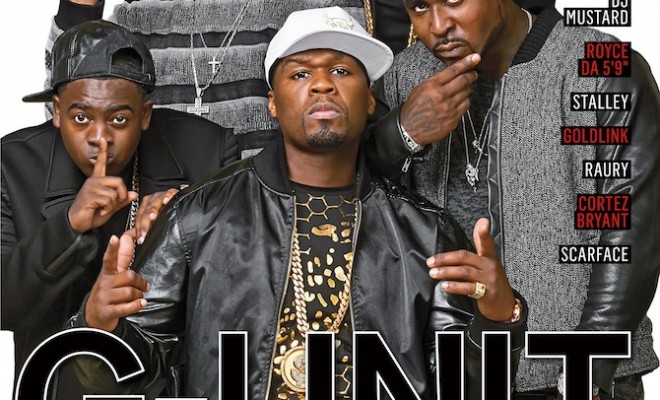 G-Unit Covers Final Issue of XXL Magazine; Don Bleek Thanks The Publication For Giving Him His Start In This Industry After 17 years, Hip-Hop magazine XXL which was previously owned by Harris Publications has been brought my Townsquare Media. Their October/November 2014 issue is also the publication’s final print issue. XXL will be digital-only!

Townsquare Media also purchased additional digital properties from Harris Publications — Antenna magazine, a young men’s title and one-time print edition that launched as a digital men’s pop culture site in July; and King-mag.com, a suspended entity that will have a digital relaunch. At the time of press, terms of the deal could not be learned.

XXL is going out in a major way; New York’s legendary rap crew G-Unit covers the publication’s farewell issue. Inside, the fellas talks about their break up and make up. This issue hits newsstands Oct. 17.

Don Bleek says, “I got my start in the entertainment industry five years ago as an intern at XXL. I was hired by former managing editor Taiia Smart Young who now serves as the Executive Editor at Juicy magazine (she’s still one of my two mentors). During my short year as an intern, I’ve learned so much from Taiia, Vanessa Satten, Rob Markman and Rondell Conway. As an intern at XXL, besides learning as much as possible, my other main goal was to get an article published in the magazine and I did. I will forever be thankful and humbled for the opportunity that I had interning at a major Hip-Hop publication.”

“Honestly, I think XXL served its purpose in print and I am quite sure that the company will do great digitally over at Townsquare Media.”

Related Itemsdon bleekG-Unit Covers Final Issue of XXL Magazine; Don Bleek Thanks The Publication For Giving Him His Start In This IndustryHarris PublicationTownsquare Media