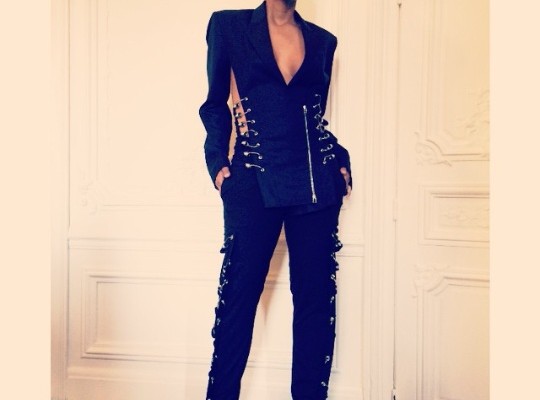 Diary Of A Fashionista: Ciara Takes On Paris Fashion Week The “Body Party” singer was recently spotted out on the town wearing a Givenchy sweater here and I also spotted her at the Lanvin Spring 2015 Show.  Later tonight, Cici will attend Riccardo Tisci‘s Givenchy show.

Let’s be honest here; Cici ain’t got no worries after calling off her engagement to rapper Future (she also gave him back his $500,000 15 karat engagement ring) and she’s looking pretty damn good in the French capital.

Over this weekend, Ciara was spotted styling in Hood By Air at the Haider Ackermann‘s Spring/Summer 2015 collection show.

NEXT PAGE: MORE PICS OF CICI DRAPED IN DESIGNERS IN PARIS