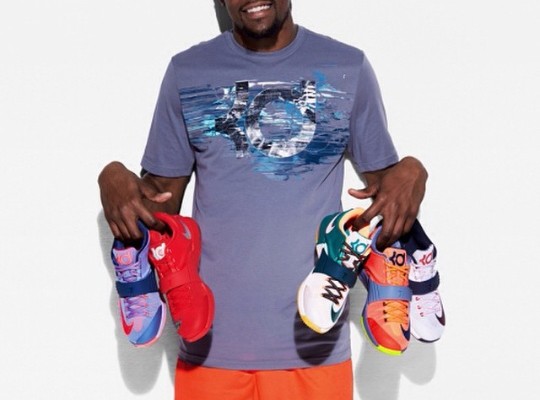 Kevin Durant Signs With Nike Through 2024; Deal Could Reach $300 Million A couple of weeks ago, yours truly reported that Under Armour offered professional basketball player Kevin Durant a new endorsement deal, reportedly $265 to $285 million over 10 years.

The expensive battle between Under Armour and Nike to sign the Washington D.C. native ended early Sunday evening when Nike chose to exercise its contractual option and match Under Armour‘s large offer to Durant.

The Washington Post reports: “Durant’s seven-year deal with Nike expired Sunday and, by Sunday evening, the Oklahoma City Thunder star was announcing that he was indeed staying with Nike, signing a contract that runs through the start of the 2024 season, according to ESPN.” “The deal keeps Durant with Nike well into his prime, but has significance for the company that represents him, too.”

While the final dollar amount is expected to rival and perhaps surpass what Under Armour offered, this is a coup for Jay-Z’s Roc Nation Sports, which proved it can procure a financially significant endorsement deal.

The 10-year deal with Nike has the potential to reach $300 million and includes a $50 million retirement package, two people familiar with the terms of the deal told USA Today Sports.