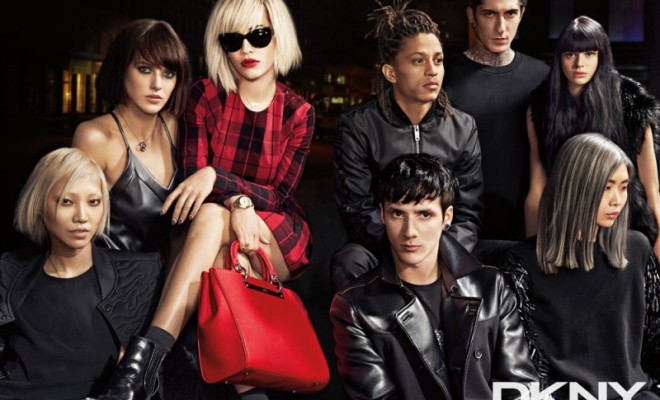 This past May, I reported that Bronx-native and A$AP Mob member turned model A$AP Illz would be posing for the next DKNY campaign. See the original post here!

Illz has already posed in lookbooks for PYREX Vision and Stussy. He also made his runway debut this year at the DKNY Fall/Winter 2014 show at NYFW. Illz is also an independent model, so he hasn’t signed with an agency yet.

I also reported in various posts that Rita Ora is also appearing in DKNY‘s Fall/Winter 2014 campaign.  The official images from Roberto Cavalli‘s Autumn/Winter 2014-2015 Advertising Campaign featuring the “I Will Never Let You Down” singer were just released. See the ad here!

Using the hashtag #WeAreNYC, the images showcase the diverse cast in DKNY‘s designs for Fall/Winter.