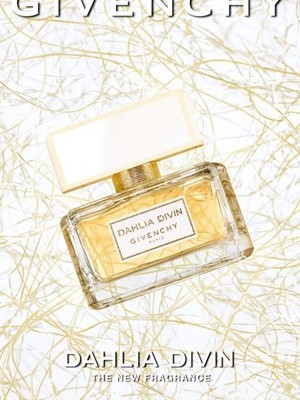 Fashion house Givenchy has been making some major moves this week with the release of their ad campaigns. A couple of days ago, I posted the brand’s fall ad featuring Kendall Jenner.

Keys spoke to Women’s Wear Daily about her friendship with Givenchy‘s creative director Riccardo Tisci and how the fragrance came about: “Spiritually we’re a lot alike. The fashion world can make you a little soulless. So when I met him, it was nice to see that he’s really soulful. He did this awesome thing with me on the 10th anniversary of my first album. We did four intimate shows with just me on the piano, and he designed the look for them. It was heavy metal — everything of his is just really heavy,” she laughed, “but it was supercool. As time passed, [this fragrance campaign] came to fruition. I love what Givenchy is about. Givenchy is this timeless, chic, but very strong woman, but with an edgier, almost street feel. I love that she’s raw, but she’s powerful — and that’s who I believe I am, too.”

Of Dahlia Devin, Keys noted, “This scent is grounded, but still has a femininity that is very earthy, and I love that.”

According to WWD, “The scent, developed in-house by Givenchy perfumer François Demachy, combines notes of jasmine, mirabelle plum, patchouli, vetiver and sandalwood. Eaux de parfum in three sizes — 30 ml. for $65, 50 ml. for $90 and 75 ml. for $110 — will be offered, as will a 200-ml. Skin Dew, $53. In the U.S., the scent will be sold in about 1,500 doors, including Macy’s, Neiman Marcus, Bloomingdale’s, Saks Fifth Avenue, Nordstrom, Lord & Taylor, Dillard’s and Sephora. Nicholas Munafo, President LVMH Moët Hennessy Louis Vuitton Fragrance Brands, noted that Keys will make an appearance at Macy’s Herald Square on Sept. 2 in support of the fragrance.”

Keys also embraced the Dahlia Devin concept, which is to celebrate women as modern-day goddesses. “As women, we are very diverse — but strong and passionate,” she said.

The print and television advertising was shot by Tim Walker in a Parisian atelier and based on the concept of breaking out of one’s boxes. Tisci designed the dress Keys wears in the ads, and Keys wrote the music for the TV spots.

The advertising and promotional push will also include a significant digital campaign, which will include a tie-in with Keys‘ social media platforms, with a United States online presell campaign to begin in mid-July. Print ads will drop in September in fashion, beauty and lifestyle books. I am hearing that the fragrance could do as much as $100 million at retail globally in its first year on counter. NEXT PAGE: MORE PICS FROM KEYS AD FOR GIVENCHY