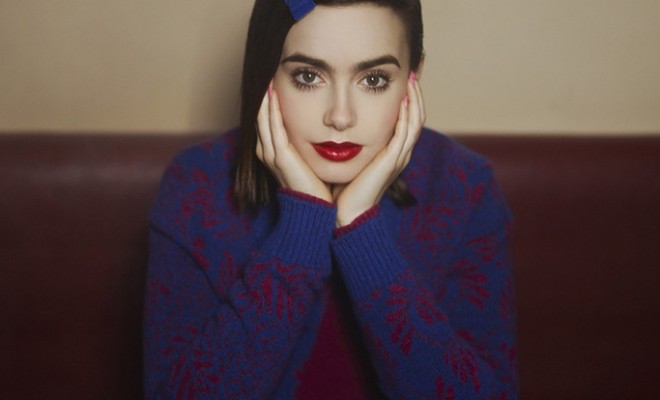 English-American actress and model Lily Collins is featured in a new campaign for Barrie Knitwear. The Blind Side, Abduction and Mirror Mirror actress is the face of the brand’s first campaign, which was shot by Chanel‘s head designer and creative director, Karl Lagerfeld.

The collection features an array of nice-looking sweaters and cardigans that is good for just about any occasion.

According to Women’s Wear Daily, “The collection will be previewed in Paris at concept store Colette from June 9 to 14, followed by the opening of the first Barrie store on June 15 at 380 Rue Saint-Honoré in Paris“.

Barrie Knitwear which is based in Hawick, Scotland was brought by Chanel back in 2o12-they’re been using Barrie‘s cashmere for more than a quarter century-and saved the company from going out of business.

NEXT PAGE:  MORE PICS OF LILY COLLINS FOR BARRIE KNITWEAR