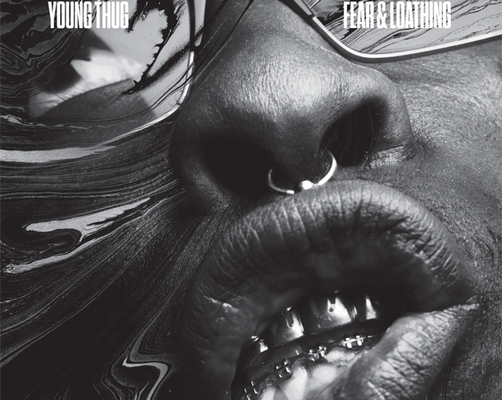 Rising Atlanta music artist Young Thug covers the June/July 2014 issue of Complex magazine. The “Stoner” rapper is photo’d with his acting manager, Birdman (YMCMB‘s CEO) in his shoot for the major music publication.

It was rumored that Young Thug was signed to Gucci Mane‘s 1017 Bricksquad via Atlantic Records and then I exclusively spoke to a source over at Republic Records (YMCMB is housed under this imprint) and the worker confirmed to me that Birdman was finalizing a deal for Young Thug which would make him an artist on YMCMB/Rich Gang. Last month, DJ Drama reported on the Breakfast Club that Young Thug was signed to 300, Lyor Cohen and Todd Moscowitz‘s new label under Atlantic Records.

The shoot was shot in an Atlanta photo studio by photographer Justin Hogan. In the cover story, the Bankhead, Atlanta-native talks to writer Jacob Moore about his budding career, Lil Wayne, naming his album Tha Carter VI and possibly signing to Cash Money.

“When did you first hear Wayne?”
“I don’t remember.”

“What is it about him you like so much?”
“The ambition.”

“What’s your relationship with Gucci like now?”
“He’s my brother.”

“Are you trying to sign with Cash Money Records?”
“Yeah.”

“Are you really going to call your album Tha Carter VI?”
“Yeah.”

“What have you learned from Wayne?”
“A lot.”

NEXT PAGE: MORE PICS AND HIGHLIGHTS OF YOUNG THUG FOR COMPLEX