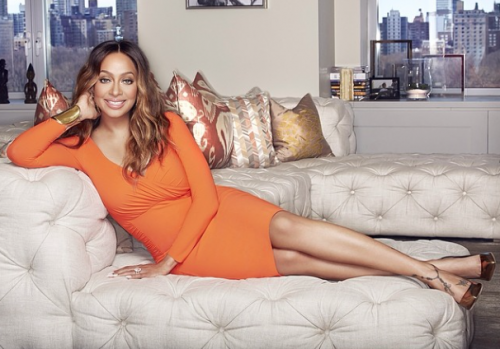 Lala Anthony covers the latest issue of Jet magazine. In my opinion, she’s a positive role model for young girls. The married wife and mother is a media personality, actress, reality star, NYT bestselling author and an entrepreneuress. Her book, The Love Playbook: Rules for Love, Sex and Happiness made the New York Times bestselling list and her clothing line, 5th & Mercer is selling out.

The Brooklyn-native has a busy schedule ahead. The last season of her reality show, Lala’s Full Court Life premieres May 7th. She is also starring in Power (debuting June 7 on Starz) and the movie Think Like A Man Too (out June 20).

Inside, Lala chatted about being independent and revealed how you can “have it all too”.

“I have an independent, hustler’s spirit. That drives me to this day. I never want to ask anyone for anything. And that simple thing has kept me motivated because there is something about having your own.”

Below are some of Lala’s tips:

1. Never Stop Doing You – “The difference with me is that when I first got to know my husband I was already hosting MTV’s Total Request Live, so I came with a full career,” she says.

2. Accept That Having It All Will Require Blood, Sweat and Stilettos – When asked about balancing a family, career and friendships, Anthony responded saying, “It’s tough. I always say that people who think it isn’t aren’t being honest.”

3. Sex May Sell, But Love Keeps You Off the Market – “If you don’t try to spice it up and keep it sexy, anyone can get bored but the key is really taking time with each other,” advises Anthony.