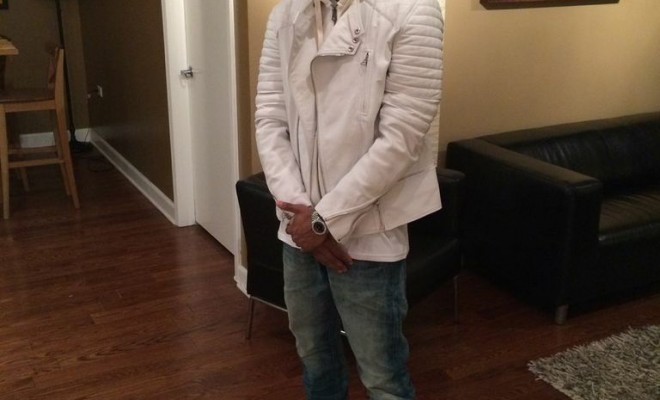 I recently caught up with rising Chicago rapper Spenzo who is officially signed to Atlantic Records. I’m glad that I got the chance to interview him. He has a lot of talents and style. He is very lyrical and has a lot of quality to be a star. During our phoner, the “Wife Er” rapper talked about his video premiering on BET‘s 106 & Park, latest mixtape, In Spenzo We Trust, how was it growing up in the Englewood section of Chicago, signing to Atlantic Records, and of course fashion. Get familiar with this kid because he’s not going anywhere and he is next to take his city by storm.

The feeling of my first big video on BET is great. I’m just proud of myself and want to relive that moment again. It felt great though. The video was shot in Los Angeles.

The track originally appeared on your In Spenzo We Trust mixtape which dropped last summer, how was the feedback on the project?

The feedback was great! People just opened up to me, was quoting a lot of the lyrics. I can tell what songs they like the most or better because those songs are being tweeted. It was a lot of great feedback. They know I’m going hard and here to say for a while.

What inspired the title ‘In Spenzo We Trust’?

Me just thinking about putting the weight on my shoulder, putting my city (Englewood) on my back, and letting people know that I will deliver.

I heard the mixtape and I think it was a great introduction of whom you are and where you’re from.

Yes, I think the mixtape was a great introduction of who I am from the opening track, “Englewood” to the end. It introduced me to the world. I told my story. I’m a kid from the hood who to made it out.

The mixtape was heavily influenced by Englewood, how was it growing up on the Southside of Chicago (Englewood)?

Growing up on the Southside of Chicago was rough; looking over my head every five seconds, my dad not being around, being the oldest child of my mother’s oldest three and six other brothers and sisters from my step-father. No plate was set on my table. I had to go and find a meal. Englewood is one of the toughest and roughest neighborhoods in Chicago. Being there, you have to take pride when you make it out. I’m one of the chosen ones who made it out.

You’re from a neighborhood where you can easily get into trouble, how did you manage to not get caught up in negativity?

I zoned in and tuned people out. It’s as simple as that! I really wanted it. I’m self-disciplined, self-determined and self-motivated. I grind and sacrifice. You have to stay on the right path. I don’t do things that I shouldn’t be doing.