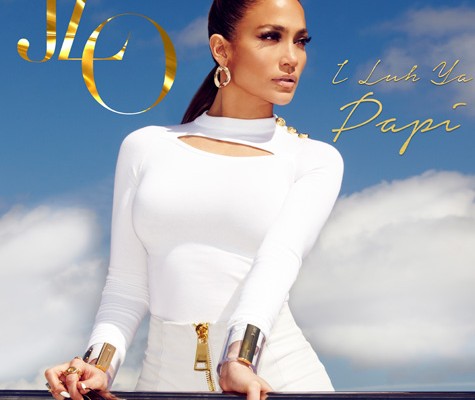 Late last year, I exclusively reported that pop singer Jennifer Lopez recording a collaboration with rapper French Montana. I also posted a picture of the two Bronx-bombers in the the studio together. See the original post here!

The song is produced by Detail and will premiere today Wednesday (March 5) on Power 106 L.A.‘s “New at 2” show. A visual directed by Jesse Terrero was also filmed last month along the waterfront in Miami.

On the cover art, J. Lo shows her banging body in a white ensemble; she is also surrounded by male models on a yacht.

The 44-year-old Latina actress will star in and produce her own television series for NBC. Lopez’s police drama series, Shades Of Blue was just picked up by NBC for the 2015-2016 season. See the original post here!

NEXT PAGE: MORE PICS OF J. LO’S ‘I LUH YA PAPI” COVER ART