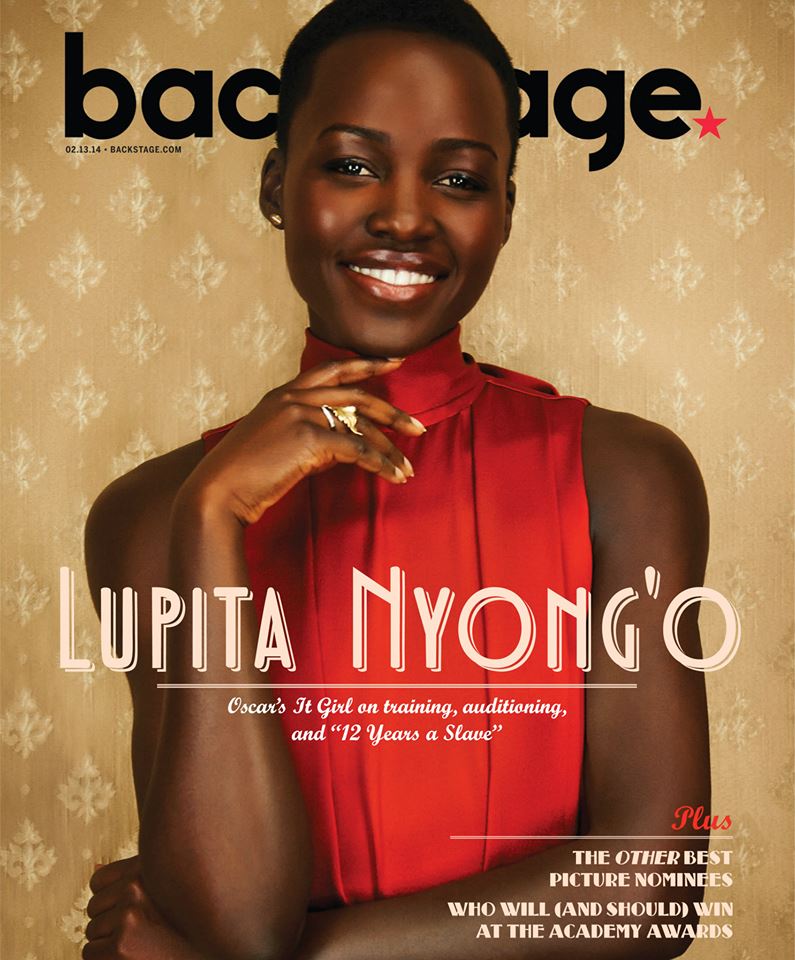 Hollywood‘s “It” girl, Lupita Nyong’o covers the latest issue of Backstage Magazine. So far, 2014 has been a great year for the Kenyan actress. She won various awards. On March 2, she may very well take home the Oscar for Best Supporting Actress. Lately, she been looking flawless on the red carpet at numerous events as well as slaying these magazine covers. Inside, she talked about her first audition for 12 Years A Slave, preparing for auditions, and current role. Below are some excerpts:

On her first audition for 12 Years A Slave being on tape:

“It was the very first thing I’d ever put myself on tape for, so I had no expectations whatsoever. It was just a great role to work on and good practice for the audition process. I definitely thought, No chance!”

NEXT PAGE: MORE EXCERPTS AND PICS On how she prepares for auditions:

“I give myself homework when I have an audition. I give myself goals, and that’s how I check how I’m doing. It can be something simple like ‘listen,’ or ‘find your feet.’ And then afterward it’s an assessment, so in a way it’s not about booking the job or not. It’s about what I learned as an actor about that character. And if I can pinpoint something, then I’m in good shape. And if it’s all a blur, then not so good.” On the transition from her role in 12 Years A Slave to her current feature, Non-Stop:

“As actors, you become an expert at starting over,” she says. “Every single role brings with it an ignorance and an insecurity, and so you have to approach it with the same curiosity and humility. I’m always nervous. Doesn’t matter how many times I do this. But I remind myself it’s because I care. Steve would say, ‘Fail and then fail better!’ And that environment was so liberating. It’s not about getting it right. It’s about getting it truthful.”