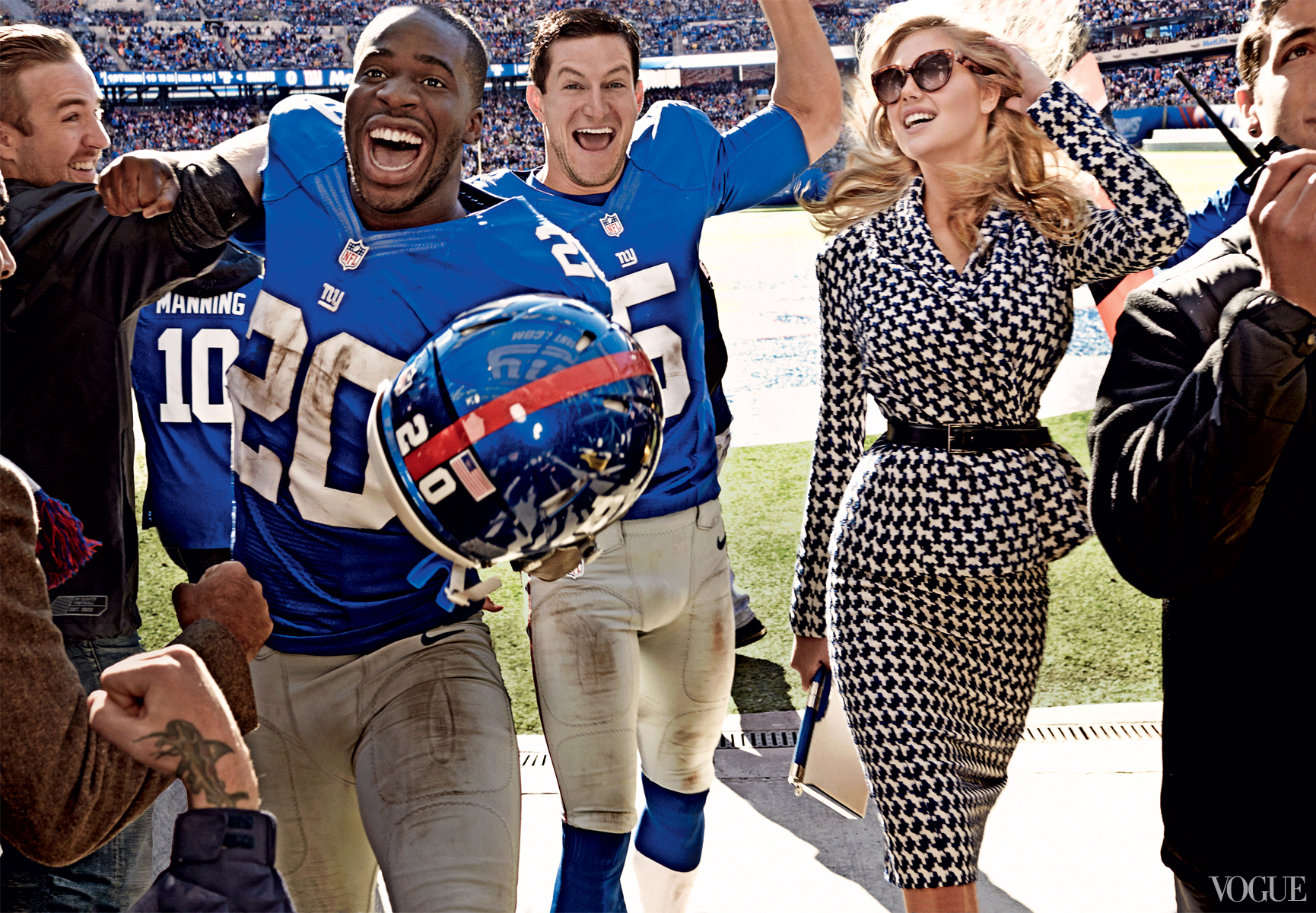 “I’ll be honest,” Amukamara says. “When I first got out on the field, I was starstruck—but once the game gets going, it’s like you’re a little kid again.”

In honor of Superbowl XLVII which takes place this Sunday (February 2) at MetLife Stadium in East Rutherford, NJ. Vogue linked with Sports Illustrated model Kate Upton and some of the players from the New York Giants and Jets for a sports/fashion inspired photoshoot. Giants wide receiver Victor Cruz. “To play when the entire world is watching—that’s what I dreamed of when I was young,” he says. “Anyone who does that will have that moment with them for the rest of their life.”  Kate Upton styles in Diane von Furstenberg cotton top ($225) and skirt ($298). David Yurman earrings and bracelet with diamonds. Hermès bag.

NEXT PAGE: MORE PICS OF THE GIANTS & JETS PLAYERS AND KATE UPTON IN VOGUE MAGAZINE New York Jets lineman D’Brickashaw Ferguson and defensive end Muhammad Wilkerson. “I check out some shows during Fashion Week, and I follow what Bill Cunningham is doing and try to pay attention to what’s speaking to him,” he says. “I think it’s fun—it’s good to push the envelope.” Kate Upton styles in Michael Kors coat ($2,575) and gingham dress ($1,450). Cartier watch. Jimmy Choo heels with silver watersnake toe. New York Giants legend Michael Strahan. “It’s all or nothing—you have one time to get everything right—and when I won, I didn’t just want to kiss the trophy,” he says. “I wanted to make out with it.” Kate Upton styles in a Prabal Gurung silk-satin dress, $3,995. David Yurman bracelet. Lynn Ban rings. Trophy by Tiffany & Co.