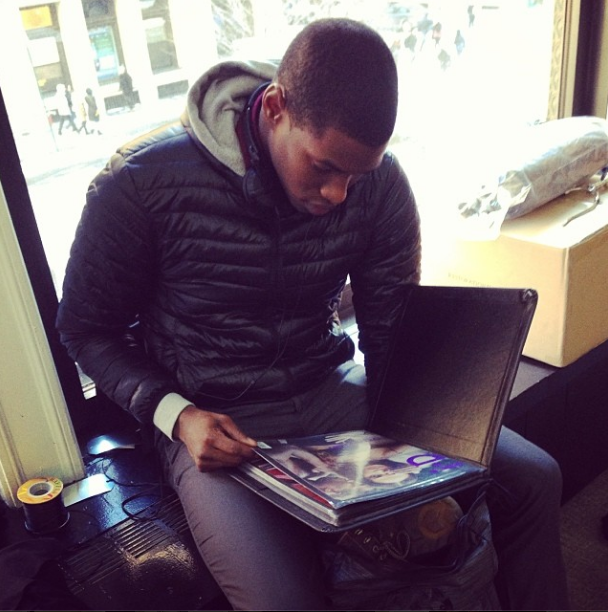 In a recent interview with Schön! magazine, Epps revealed how he got his start in the modeling industry. “I was actually a janitor at Whole Foods for a year, and some guy came in and was like, ‘You should be a model.’ I did a few Philly Fashion Weeks, and some small photoshoots there before I got scouted by Fletcher Harrington, who owns a scouting agency overseas called No 15 Scouts. He sent me to Wilhelmina and New York Models and DNA, and Wilhelmina signed me on the spot. Nine months later, I’m here. Can’t complain“.

Epps also shot the River Island campaign, did a commercial for Phillip Lim and a runway show for Target. Ronald waiting for a cab in NYC’s snowy weather. NEXT PAGE: MORE PICS OF RONALD IN NYC Ronald gets a call from his agent.