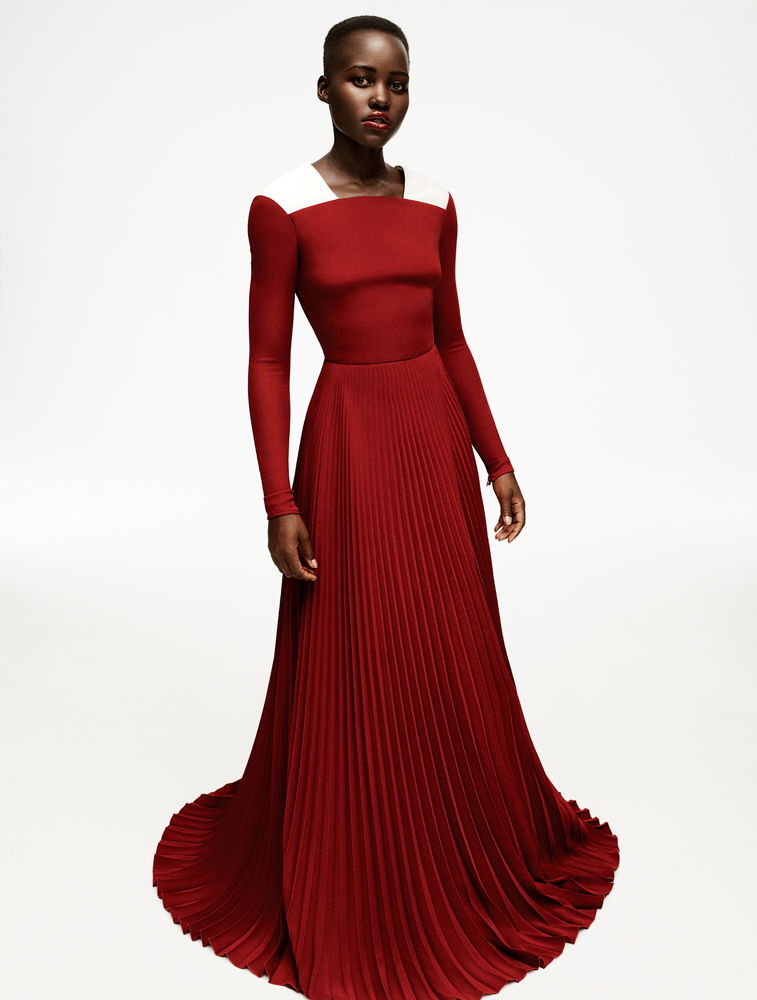 Hollywood’s favorite Lupita Nyong’o is featured in the latest issue of Interview magazine. For the shoot, the 12 Years A Slave star posed in a cute red Valentino gown. Inside of the publication, Nyong’0 reflects on her role in the movie, wanting to become an actor as a kid, and how she decided to focus on her dream of becoming an actor.

On making 12 Years A Slave:

“There was so much joy in the making of this film, despite the fact that it’s about such a sad, traumatic experience,” says Nyong’o, who explains that shooting at an actual Louisiana plantation added an extra layer of gravity to the proceedings. “We all felt like we were part of something so real and so necessary. It was a joy to go on set every day and tell these real people’s story. Doing this movie, I discovered that joy is not the negation of pain, but rather acknowledging the presence of pain and feeling happiness in spite of it.”

On dreaming of becoming an actor when she was young and going to college to pursue her acting dreams:

“When I was younger, I was almost too afraid to admit that I wanted to be an actor,” recalls Nyong’o. “I didn’t know any successful actors in Kenya, so I felt like I could get away with going to college to study film more easily than I could with saying, ‘I want to be an actor.’ That’s what I did.”