Century 21 Files For Bankruptcy, To Shut Down 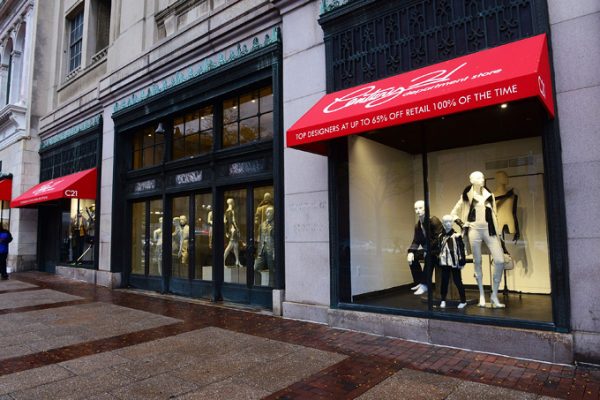 UNITED STATES — The worldwide spread of the coronavirus isn’t getting any better. In fact, in the United States, it is being reported that there will be a second wave of world’s most deadly virus.

COVID-19 has forced another renowned retailer to go bankrupt.

Century 21 Stores, long a major player in the off-price fashion sector, said it went bankrupt and has started going-out-of-business sales at its 13 stores, which are located in New York, New Jersey, Pennsylvania and Florida.

The 60-year-old, family-owned and -operated off-pricer has been hit particularly hard by the pandemic, given its an offering considered “nonessential” in this health crisis, and a heavy reliance on brick-and-mortar, though it did operate e-commence. Century 21’s bankruptcy follows those by other fashion retailers including Neiman Marcus, Brooks Brothers, J.C. Penney, J. Crew, Ascena and RTW Retailwinds. TJX, considered the nation’s leading off-pricer, has also seen depressed sales due to the pandemic.

Century 21 blamed its bankruptcy on nonpayment of business interruption insurance of about $175 million that would have helped protect against losses stemming from the pandemic.

“While insurance money helped us to rebuild after suffering the devastating impact of 9/11, we now have no viable alternative but to begin the closure of our beloved family business because our insurers, to whom we have paid significant premiums every year for protection against unforeseen circumstances like we are experiencing today, have turned their backs on us at this most critical time,” said Century 21 co-chief executive officer Raymond Gindi. “While retailers across the board have suffered greatly due to COVID-19, and Century 21 is no exception, we are confident that had we received any meaningful portion of the insurance proceeds, we would have been able to save thousands of jobs and weather the storm, in hopes of another incredible recovery.”

Century 21 rebuilt its store in lower Manhattan after it was destroyed by the 9/11 terrorist attack on the World Trade Center. The flagship was upgraded and expanded it in 2013. At 225,000 square feet, it accounted for 25 percent of the company’s total volume, which peaked at about $700 million.There is also a 140,000-square-foot Century 21 in downtown Brooklyn, which was opened in 2016.

The company voluntarily filed for relief under Chapter 11 bankruptcy in the U.S. Bankruptcy Court for the Southern District of New York. The company also has a lawsuit pending in the Supreme Court of the State of New York against several of its insurance providers and has requested that the bankruptcy court expedite the adjudication of the suit for the benefit of its stakeholders.

“Since 1961, when Al and Sonny Gindi opened what was then a small store in downtown Manhattan, we have been proud to provide shoppers with unmatched access to designer brands at amazing prices,” said Century 21 co-ceo I.G. Gindi. “While we wish that Century 21 could continue to be a must-see shopping destination for so many, we are proud of the pioneering role it has played in off-price retail and the iconic brand it has become. It has been a true honor for us to be part of the vibrant New York City fashion scene and to serve millions of locals, tourists and celebrities, side by side.”

The company was founded in downtown Manhattan in 1961 by the late Al Gindi, a self-made entrepreneur and leader in the Sephardic community, along with his late cousin Sonny Gindi. During their stewardship, five Century 21 stores were opened but they built the infrastructure, which enabled the next generation of Gindis to expand the business to other locations, primarily in the New York metro area. Before opening Century 21, Al Gindi ran a small chain of children’s wear stores called G&L on Fulton Street in downtown Brooklyn. Though off-price businesses such as Filene’s Basement and Loehmann’s were started before Century 21, Al Gindi was nevertheless considered an innovator in the off-price format for fashion retailing.

The Gindis, in a joint statement, said, “From the bottom of our hearts, we thank all of our dedicated and hardworking team members for their countless contributions, including continuing to give 100 percent throughout this pandemic to take care of our customers and each other. We will be forever grateful for the vital role they played in building the Century 21 legacy hand in hand with our family. Together, we hope we can help our loyal customers create some final memorable Century Stories.”