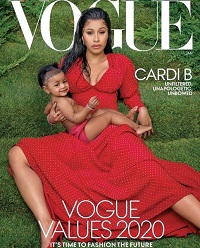 UNITED STATES — After one year in the editor role at Vogue.com, Stuart Emmrich is stepping down for his role.

Emmrich, who will leave his role at the end of the summer, is considering spending a few months in Australia or New Zealand to work on a book — a decision dependent on travel restrictions, of course. He’ll also continue to write for Vogue.com after he leaves his job, with planned pieces around the election.

As for his successor, Vogue is expected to make an announcement within a few weeks.

In a statement, Vogue editor in chief Anna Wintour said: “I’d like to thank Stuart for the editorial leadership he has brought to Vogue.com; we have all enjoyed working with him. This moment is one of self-reflection for so many, and I fully respect and support his decision to pursue a different path.”

Emmrich was handpicked by Wintour late last year to lead Vogue.com, partially taking over the responsibilities of Sally Singer, who at the same time stepped down as creative digital director to pursue other opportunities.

He came from The Los Angeles Times, where he was assistant managing editor for just under a year, overseeing lifestyle coverage until October. Before that, he spent 16 years at The New York Times, seven of those as Styles editor, becoming an editor at large in 2017.

The rapid departure of Emmrich comes at a trying time for Condé Nast. To make up for a coronavirus-related loss in advertising, it recently laid off 100 staffers and furloughed another 100. At the beginning of May, it also cut salaries of those making more than $100,000 by between 10 and 20 percent across all markets. The reductions will be in place for five months.