UNITED STATES — NBA player Darius Bazley is one of the most stylish rookies this season. During the Memorial Day Weekend, the Oklahoma City Thunder small forward wore a Balenciaga Maglia Allover Logo Sweater with grey sweatpants.

His outfit was topped off with a pair of Aimé Leon Dore‘s Color-Blocked New Balance 827 Sneakers.

The 19-year-old Ohio – native is changing the face of the NBA and writing his own story.

Bazley initially committed to and signed with Syracuse but later chose to bypass college with intentions of joining the NBA G League, a decision that drew national attention. However, he instead chose to train on his own for the entire season for the 2019 NBA draft. In the 2019 NBA draft, he was selected 23rd overall by the Utah Jazz and was later traded to the Memphis Grizzlies and then to the Oklahoma City Thunder.

The sweater is available at Italist. 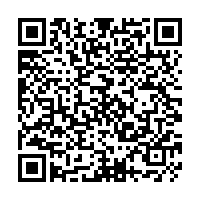