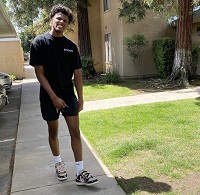 CALIFORNIA, UNITED STATES — Five-star recruit Jalen Green, who is ranked No. 2 in the 2020 high school class by Rivals.com stepped out in a $215 Palm Angels Tee-Shirt and black shorts.

His outfit was topped off with a pair of sold out Travis Scott’s Nike SB Dunk Low sneakers.

Stamped with Cactus Jack branding at the tongue, the sneaker comes with detachable paisley and plaid overlays, with the Swoosh appearing in both black and pink shades.

Earlier this month, the Fresno, California-native announced he’s bypassing college and joining the NBA’s G League for the 2020-21 season, he’s attempting to forge a new path for elite prospects.

The shirt is available at Giolio. 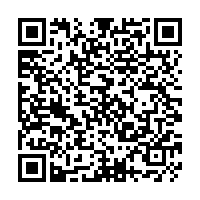