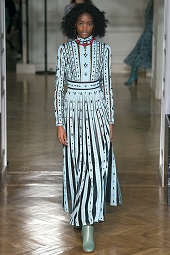 MILAN — The rumors about the sale of Valentino continues!

In the latest news, surrounding the Italian fashion house, Mayhoola for Investments, the Qatar-based parent of Valentino, Pal Zieri and Balmain plans to sell around a quarter of the company in an IPO, which will not take place before the second half of 2018, according to a source close to the matter. Expect the brand to list on the Milan stock market sometime in late 2018.

The Valentino Group (now owned by Mayhoola for Investments) was founded in 1960 by designer Valentino Garavani in a studio near Rome’s Spanish Steps.

Mayhoola Group has close ties to Sheikha Mozah, the second wife of the former emir. It bought Valentino in 2012 from private equity firm Permira for around €700 million ($829 million).

According to BoF, “Mayhoola started looking into a possible market listing in late 2015 but hesitated because of a slowdown in luxury fashion last year. It also wants to give time for Valentino’s creative director to put his mark on the brand.”

“Last year chief executive Stefano Sassi said there was ‘too much turbulence to think about a listing.'”

“With the €1.2 trillion luxury industry picking up this year from a sales slowdown, creative director Pierpaolo Piccioli is looking to establish himself as sole designer at the prestigious fashion house, after creative partner Maria Grazia Chiuri left last year for LVMH’s Dior,” the source said.

“The source said the Valentino IPO process had not yet begun and that a listing would depend on market conditions. There was no plan to boost Valentino’s capital by issuing new shares in the IPO,” the source added.

“Mayhoola intends to carry out this operation as it wants to accredit itself in the world of finance, bringing to the market a company that is expected to gain even more value once it is floated,” the source said.

Valentino would list on Milan‘s main market, which requires a free-float of at least 25 percent.