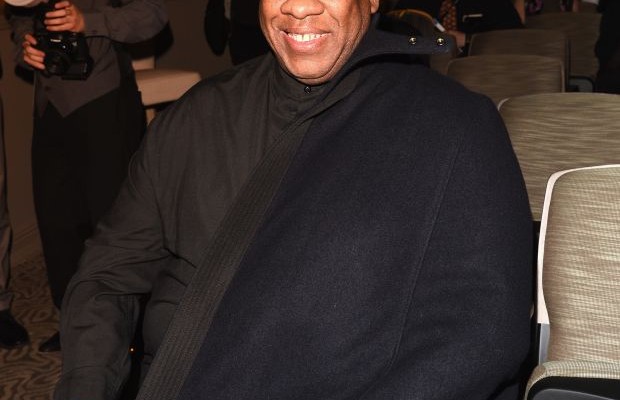 Last month, I reported that André Leon Talley time at Zappos has come to an end. His contract was not renewed.

Three weeks later, Talley has already landed his next big gig in the fashion industry. The former Vogue editor at large will be the new fashion and style director for Will.iam and his i.am.Puls fashion bracelet. The bracelet, which is similar to a smartwatch or a cuff with a screen, was unveiled last month to the press. It incorporates technologies that allow the user to make calls, send texts, post to social media, play music and track fitness.

“He is one of the most positive, charismatic [people], and is a great visionary and philanthropist,” said Talley, of the music producer and Black Eyed Peas leader. “We have been talking since September, and he invited me to San Francisco to speak at Dreamforce, when he presented the new product to a room of 5,000 people.”

According to Women’s Wear Daily, “Will.i.am has been developing Puls for the last two-and-a-half years through his own firm, i.am+, which employs about 50 people.“

Talley has also worked closely with Andy Warhol at Interview magazine, Diana Vreeland at the Museum of Art and Anna Wintour at Vogue. He is in the middle of writing his second memoir, called Enchanting Angels.