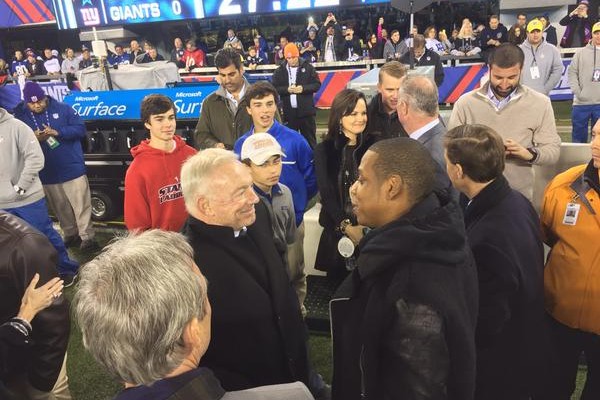 Jay was photo’d chatting and laughing with Cowboys owner Jerry Jones (I wonder if Jay was telling Jerry to have Dez‘s max contract ready next year).

The “Tom Ford” rapper was signed some autographs for fans. For the sports event, Jay kept it casual in a black biker jacket and navy sweatsuit. See the pics below: