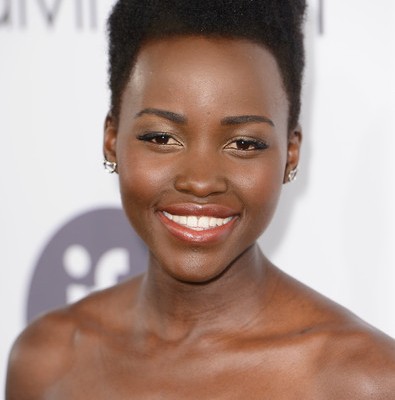 Over In Cannes: Lupita Nyong’o Looks Stunning In Calvin Klein At The Designer’s Women In Film Celebration Oscar Award winning actress Lupita Nyong’o has arrived in France, for the Cannes Film Festival. CFF is an annual film festival held in Cannes, France, which previews films of all genres, including documentaries, from around the world. It is one of the most prestigious and publicized film festivals in the world. The invitation-only festival is held in May at the Palais des Festivals et des Congres.

Nyong’o got glammed in a Calvin Klein Strapless Cutout Dress at the designer’s Women In Film celebration. Other celebs in attendance included Rooney Mara, Naomi Watts and Julianne Moore. NEXT PAGE: MORE PICS OF LUPITA AT WOMEN IN FILM PARTY